The traditional ritual after making a first solo is to cut a chunk of shirt tail from the student's shirt. I never could get along with the idea of ruining a good shirt, so I made a practice of presenting each student with a roll of photographs of their first solo takeoffs and landings. My only request was that they give me one copy of the photo that we posed for posterity.

Many shirt tails were hung on the hangar rafters none the less, and a brassierre also appeared there several days after one of the gals soloed. The shirt tails all bring back good memories and the brassiere always generates a chuckle, but I am very pleased to look back through my album of first solo portraits.

Some of Danielle's pictures are below her "portrait". 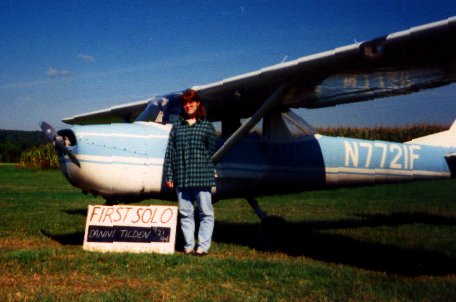 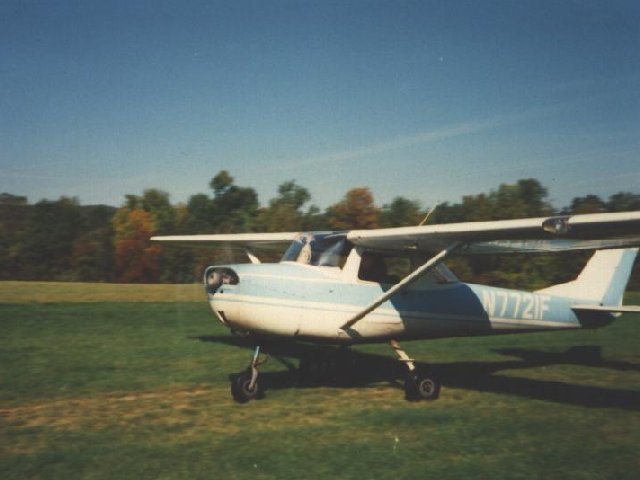 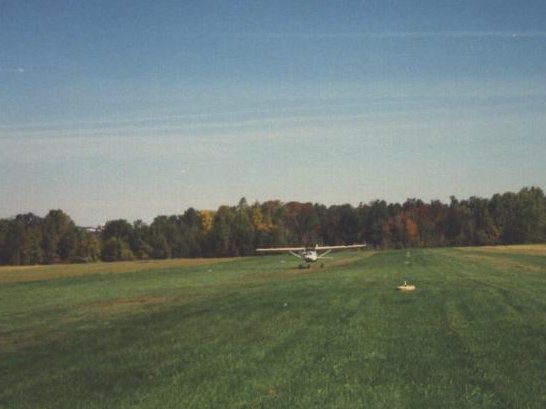 Dundee was such a delightful place to learn to fly. The runway was something short of 3000 feet long and fifty feet wide... Long and wide enough to accommodate the errors of a student pilot. but short and narrow enough to enforce accuracy. Typically there would be no traffic to distract the students from their tasks of learning the sights, the sounds, and the different feels of the airplane. We could make all sorts of modifications to the normal approach pattern if we wanted, and the "practice area" started where the traffic pattern left off.

I have always believed that once a person has learned to fly the airplane... not merely "operate" it..., that all the subsidiary tasks such as traffic flow, navigation, and communications can be learned quickly and effortlessly.

Admire for a moment the background of the pictures. A grassy meadow surrounded by distant trees today is the same as it was fifty years ago, and so is the flying. We can take off and point the nose in any direction we want and fly any practical altitude we want, and land at any of the dozens of airports in the area... all without talking to anybody or using ATC services. Flying in the "heartland" is the same now as it was in the golden years before 1941.