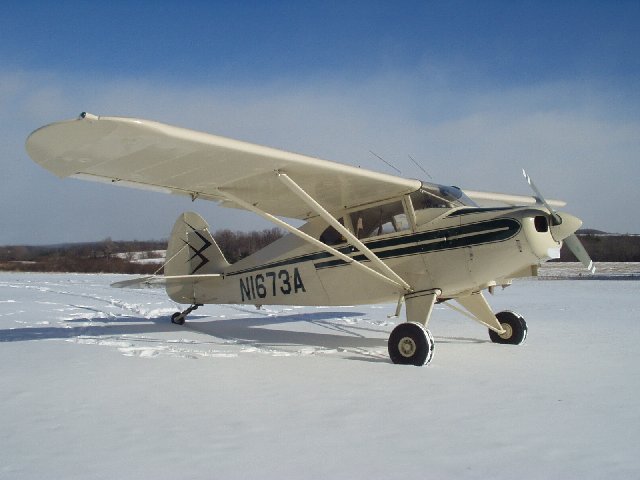 It seemed to go on forever. Phil bought a rag- tag Piper Tri- Pacer one autumn, and decided that he and a mechanic friend would replace the fabric covering that winter. Their plan was that the plane would be ready to fly in the first warm breezes of the following summer.

Once the skin was stripped, there were more repairs to be done than they had counted on. There was nothing insurmountable, mind you, but there was enough to get them thinking.

There are a lot of approved modifications for the Tri- Pacer, including the modification where the fuselage is dis- evolved into the classic stance of the Piper Pacer.

An airframe overhaul is a journey down a road which has many forks; at each fork, Phil made the farsighted decision, and said "Yes I would like the airplane to have this feature"... and another six months was tacked on to the completion schedule.

When it came time for me to repair the plane I had just bought, I thought of Phil, and at every fork I said "Let's get the plane flying again and worry about the fancy stuff later".

I have a real plain Jane plane, and Phil has a showpiece. His plane is pictured above on a cold and crisp day in January 2005.