When I started this freight job I had spent years and years as a grass strip flight instructor and never thought that I would want to do anything more with flying; I enjoyed it. Even instructing jobs were scarce in the fall of 1972 when I first entered aviation's job market.

When I was hired for this job, on the other hand, the job market was red- hot. People... like old flight instructors... who never would have otherwise received consideraion were hired in hopes that they would make it through the training. Hiring in the few years before 9/11 was so hot that many pilots would moved to newer and better jobs before they were fully settled into a job they had just received.

I had all the licenses I needed, and I had accumulated years of experiences, but there were some things Ihad never done. Things like flying through a genuine bad- weather cloud. Fortunately, the weather for my first week of flying the schedule in and out of Newark was perfect, and the coming winter was slow in developing. Notice that the winter was two months old before it presented me with a challenge.

I have no pictures of the flight, but I have taken some pictures from the albums, to celebrate the charms of winter. 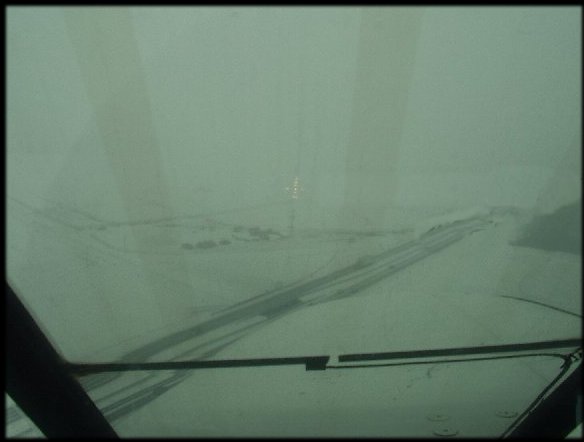 Just about to land on Elmira's runway 6 in a february 2004 snowstorm. Visibility was perhaps as much as one mile; the approach lights that precede the runway are just visible in the center. The road in the foreground is the four-lane NYS 17.. 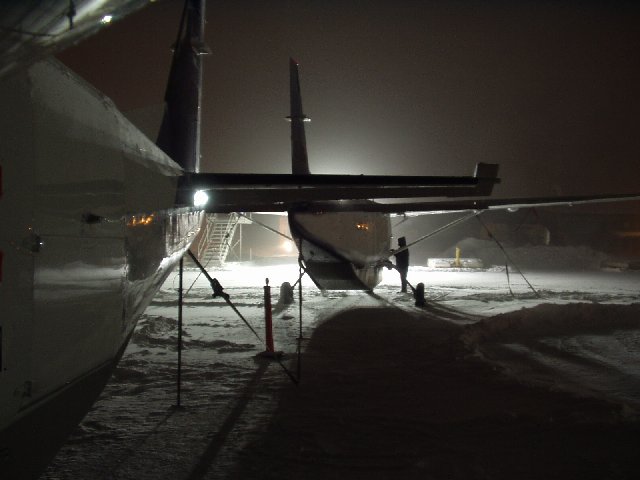 "Show Time" at work in Rochester for the return flight to Elmira, January 2004. It was snowing and the chill factor was minus 17. 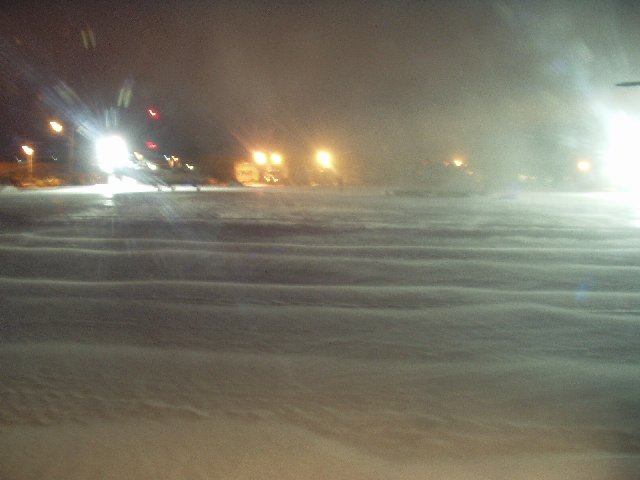 Arriving at the Rochester freight ramp about eight thirty on a snowy winter night, 2004. It was one of those lake-effect blizzards; it is snowing and drifting. Note the way that the snow has been blown into waves.